Orhan Pamuk, recipient of the 2006 Nobel Prize for Literature, is easily Turkey’s most famous contemporary author. And one of his books, The Museum of Innocence, is more than just a novel. It’s a real museum, designed to exactly replicate the imaginary museum described in his story. A fascinating project which begs the question: does a thing cease to be fictional when it actually exists?

Orhan Pamuk may be loved around the world, but he’s a contentious figure back home. Born into a middle-class family in the wealthy neighborhood of Nişantaşı, Pamuk belongs squarely to the European, secularist side of Istanbul. His books can be overtly political, and he’s been accused of insulting core Turkish values. In fact, this was exactly the charge leveled against him in 2005 under Turkey’s controversial Article 301, after he had acknowledged the Armenian holocaust in an interview with a Swiss newspaper.

Although his books are wildly popular in Turkey, he’s had a rough time in his homeland. In 2011, he was ordered to pay 6000 liras to five men allegedly insulted by his words. There have been Pamuk book burnings throughout Turkey and several attempts have been made on his life. He’s spent years in self-imposed exile, and is currently in New York working as a professor at Columbia University.

I read three of his novels while in Istanbul, and enjoyed them so much that I’ll probably continue working through his canon. The first, Istanbul: Memories and the City, is a haunting memoir in which Pamuk recalls his youth and shares melancholy impressions of his hometown. It’s probably best appreciated after having spent a few wintry months in the city. 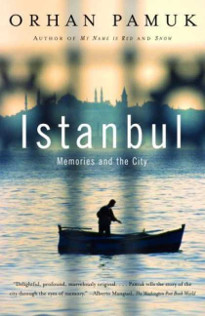 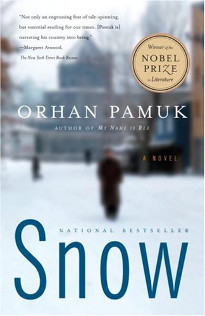 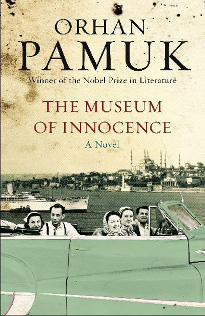 Next, I tackled 2004’s Snow (Kar). A thrilling investigation into modern Turkish culture, Snow tells the story of a poet named Ka who finds himself trapped in the eastern city of Kars. It mixes suspense, humor, politics and romance and offers a boldly honest examination of both Islamic and secular values. It’s the kind of book you’ll be unable to dislodge from your mind, and which you’ll immediately want to discuss with others who’ve read it.

But so far, my favorite Pamuk novel is 2008’s The Museum of Innocence, which tells the agonizing story of a love so intense that it turns into obsession. Kemal falls in love with neighborhood shopgirl Füsun, and allows his entire world to collapse as a result. Over the course of a wasted lifetime, Kemal gathers Füsun-related mementos and, by the end of the book, eventually opens his collection to the public as The Museum of Innocence.

Here’s the thing, though. The Museum of Innocence actually exists. It’s in a red house in Çukurcuma — the same red house which the novel depicts as Füsun’s family’s home. And you can visit it. Inside, exactly as described in the book, are the treasures and keepsakes which Kemal has so assiduously collected. Each of the book’s 83 chapters merits its own display (except, oddly, for the novel’s longest and most important chapter).

Visiting the museum after having just read the book is a surreal experience. We were able to immediately identify almost everything on display, and the fact of these items’ physical existence blurs the line between fiction and reality in a disconcerting way. For example, in Chapter 68 (4213 Cigarette Stubs), Kemal describes his insane collection of Füsun’s stubbed-out cigarettes, surreptitiously gathered over the course of seven years. But I never expected to see 4213 cigarette butts, pinned onto a wall, separated by year, some smeared with lipstick and others extinguished too early… and many with handwritten notes next to them. So deeply did Kemal worship Füsun, that anything she handled became a treasure. To him, even a discarded cigarette, one among thousands, was laden with meaning.

And then, just as you catch yourself almost admiring the manic obsession represented by this wall of cigarette stubs… just as you’re starting to get emotional and melancholic about Kemal’s ill-fated love… you remember. It’s a work of fiction!

I would encourage anyone to read Pamuk’s books, and if you’re planning a trip to Istanbul, definitely pick up The Museum of Innocence. In the final chapter, there’s a ticket which will get you in for free. Reading the book and then visiting the museum is a one-of-a-kind literary experience.

Of course, you could visit The Museum of Innocence without having read the book, but you’d just be confused. And we saw a few bewildered tourists inside the museum who had apparently done exactly that. There’s no way they could have appreciated any of it! They couldn’t possibly have understood the significance of Füsun’s butterfly earring, for example, nor why the sight of it was nearly enough to reduce me to tears.