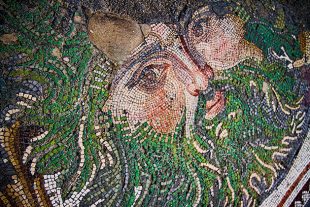 Not much remains of the Great Palace of Constantinople, built in 330 AD and home to Byzantine emperors for over 800 years. After taking the city in 1453, the Ottomans reduced the palace to rubble and eventually erected the Blue Mosque on top of it. But not all was lost. Excavations in the 1920s uncovered some brilliant mosaic patterns which had once decorated the palace’s floors and walls. And these have been preserved in the Great Palace Mosaic Museum.