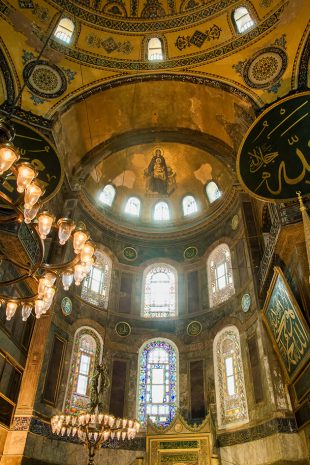 The Hagia Sophia isn’t just the best-known tourist attraction in Istanbul, or one of Europe’s most cherished landmarks… it’s one of the greatest buildings in human history. This church, nearly 1500 years in age, was once the center of Byzantine faith, later reborn as the predominant mosque of the Ottoman Empire, and today has found a new purpose as one of the world’s most popular museums.